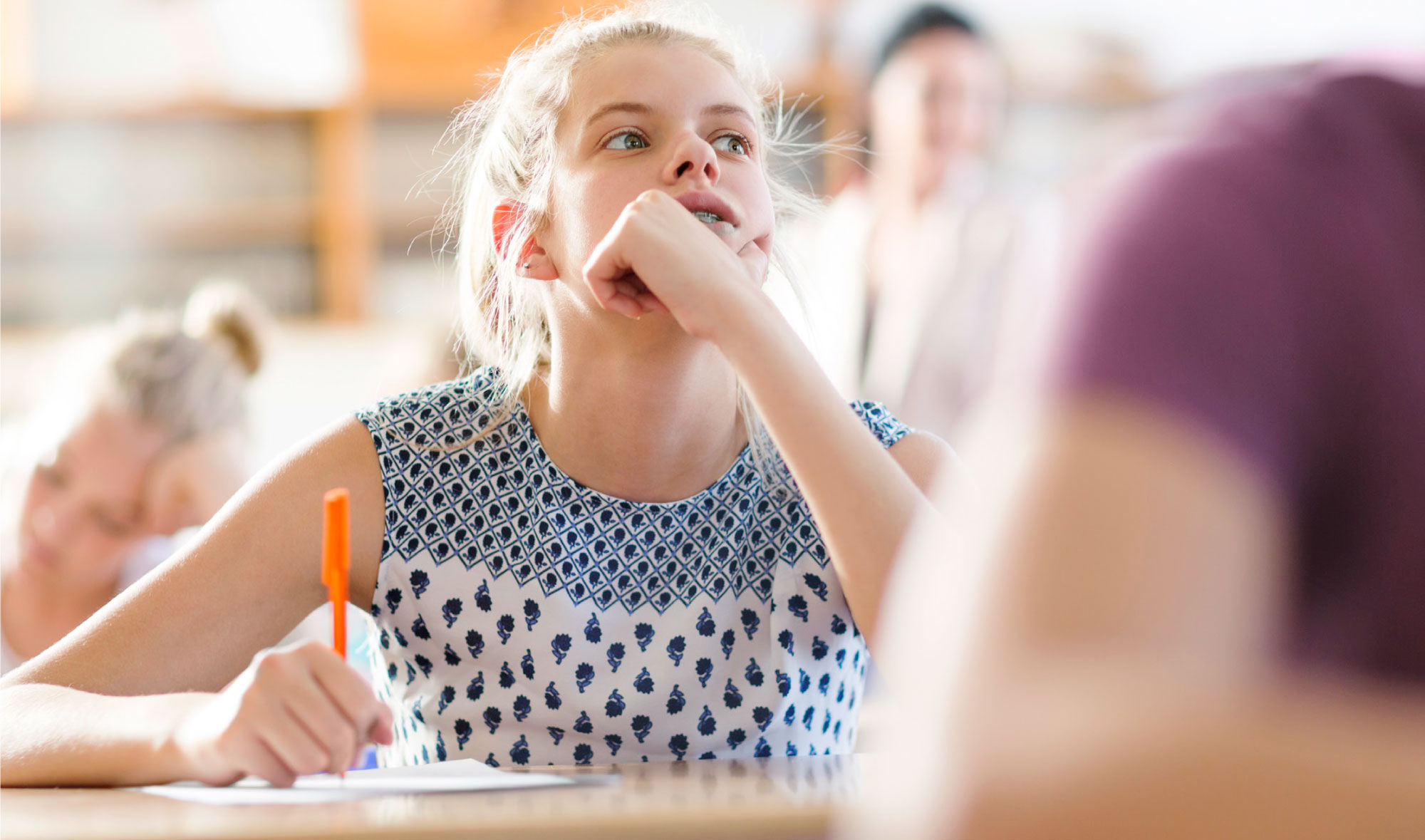 Fidgeting with one’s hands and feet. Not staying seated. Interrupting instead of waiting for a turn to speak.

As the slides advanced during a community talk on symptoms of attention deficit hyperactivity disorder, Carly Duryea, then 14, thought, “Oh, yeah, that’s my sister all right.” Her bouncy little sibling had been diagnosed with ADHD at age 5.

The next slide flashed the disorder’s inattentive symptoms, among them, being easily distracted, not seeming to listen, and not following through or finishing schoolwork. Duryea was astonished. “I had been so completely opposite of my sister that I never even thought I could have ADHD. But everything on the slide described me.”

Ironically, Duryea was in the audience because her mother, a family physician in Centre, Alabama, was giving the presentation. After Duryea mentioned the jolt of recognition, her mom took her to another doctor, who diagnosed the teen with attention deficit disorder, minus the hyperactivity. For mother and daughter, Duryea says, “It was an aha moment.”

Duryea was almost a decade older than her younger sister had been at the time of diagnosis. Unfortunately, it’s common for parents, teachers and other adults to overlook ADHD in inattentive, distractible girls like Duryea.

“The notion that this is a hyperactive boy condition is not correct,” says Craig Surman, MD, a neuropsychiatrist and ADHD researcher at Harvard Medical School.

“There’s a different trajectory for girls,” he says. Often, they’re the quiet daydreamers in the back of the classroom, unable to focus and follow through on tasks. They’re underdiagnosed because they don’t raise the same red flags as the hyperactive, impulsive children—stereotypically, boys–who disrupt the teacher’s lessons.

And yet, they’re just as impaired.

Duryea, now 22, wonders whether being diagnosed and treated in early childhood might have made elementary school less arduous.

“I could tell that I was different from my peers, that I was a little off. I noticed that I wasn’t, like, as smart as my peers. I worked so hard not to be different and I came up with ways to hide it,” she says. For instance, she avoided answering questions. “I was always wrong because I didn’t process the question, I didn’t hear it all of it, I wasn’t paying attention.”

She simply couldn’t maintain focus, she says. “I would describe myself as a daydreamer. But if you asked me at that age, ‘Carly, are you daydreaming?’ I would say, ‘Of course I’m not. I want to pay attention. I want to learn.’”

Other signs cropped up, too. “I also realized with peers that I couldn’t keep up with conversations that involved more than a few people,” she says–a problem that made group projects hard.

As a result, she became, in her own words, “withdrawn or reserved.”

“I was hypervigilant and self-conscious about how people might perceive me. I constantly got headaches and stomachaches,” she says. “I was very sensitive to failure and I was trying to compensate for a lot.”

In fact, she compensated so well during elementary school that teachers never expressed concern. “I was known for being sweet and helpful. I got straight As. I loved running errands.” But outside the classroom, she says, “Everything took twice as long as it should have.”

Inattentive girls can compensate in the early school years, especially if they’re bright. But the strategies often fail during middle school, which demands more planning, time management and organizational skills. And that’s when girls’ self-esteem can plummet.

In boys with ADHD, “There’s more externalizing behavior,” Surman says. They’re more likely to be “oppositional,” which shows up in defiance and rule-breaking.

In contrast, girls tend to turn inward and blame themselves. Beyond the elementary school years, Duryea couldn’t get started on tasks, including schoolwork. “I would tell myself, ‘Carly, you want to do the work. Why aren’t you doing it? Are you lazy? What’s the problem?’”

She felt anxious and depressed, which is common in girls confronted with the daily challenges of ADHD.

Fortunately, ADHD medication worked well for Duryea when she started taking it at 14. She still must manage her symptoms, but has become a college student with dreams of working in the field of ADHD someday.

As she now knows, the disorder can run in families. Sometimes, parents realize after a child’s diagnosis that they also have ADHD. Only in adulthood did Duryea’s mother discover that all along, she, too, had the inattentive form.

“When it comes to my future plans, I’ve never felt that ADHD limits my scope,” Duryea says, “especially with my mom being a doctor. She made it through.”

In children who have the predominantly inattentive form of ADHD, these symptoms often appear: