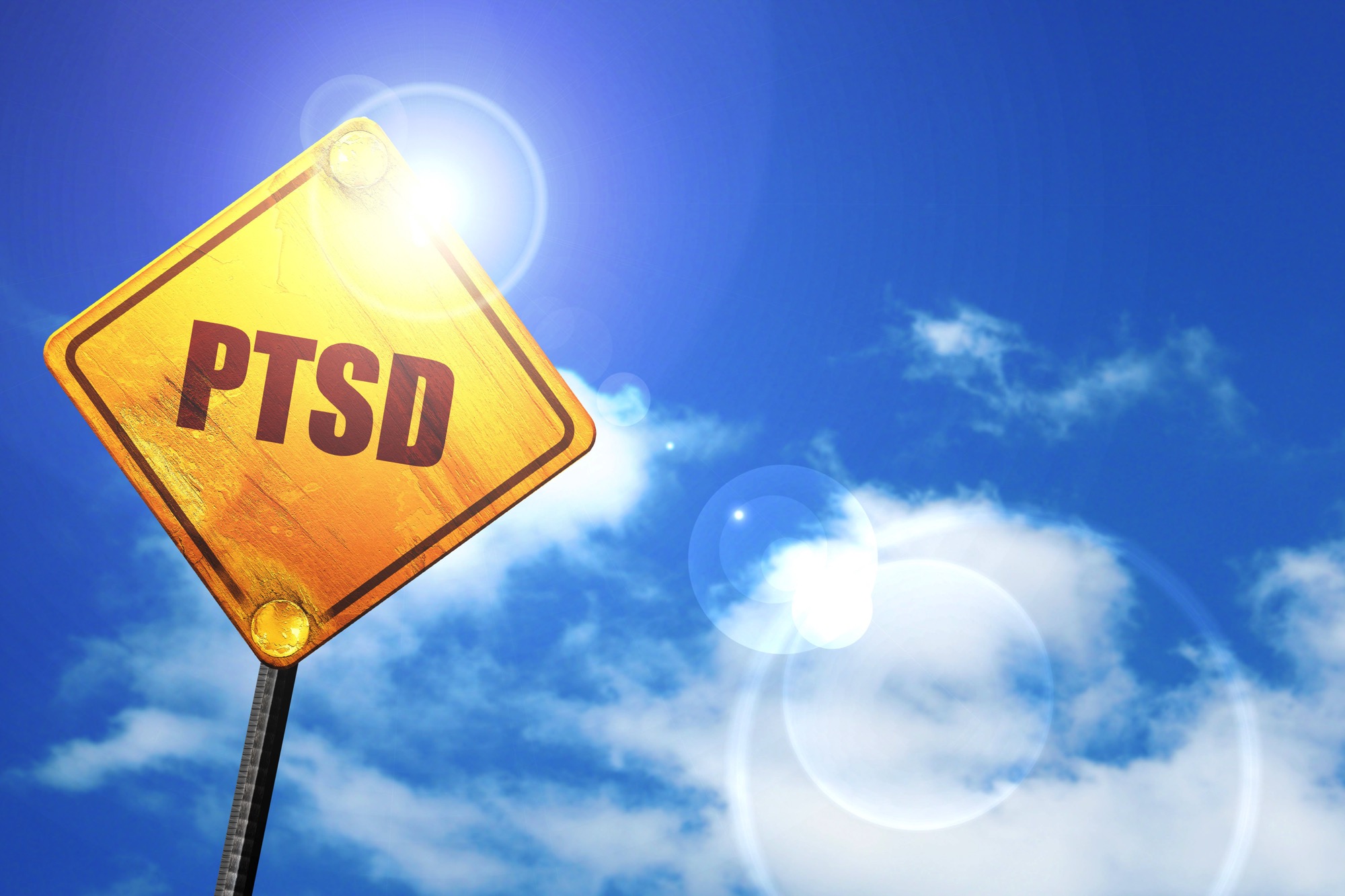 It was a supposed to be a simple Sunday night trip to the grocery store.

After shopping, Nicole Lawrence and her four roommates from Penn State piled into Lawrence’s Honda Civic for the drive home, her friend Katie behind the wheel. As Katie turned left at the bottom of a hill, a speeding car with no lights approached in the dark.

The young women screamed as it flew over the hill and T-boned their small car. The Honda spun three times, hit a curb, and stopped.

Lawrence, then an 18-year-old freshman, was riding in the back seat on the right side — the point of impact. The car door crumpled, metal puncturing the side of her body. She remained conscious, unaware that her injuries were life-threatening: a ruptured bladder and spleen, lacerated kidneys, a liver injury, collapsed lung, shattered pelvis, and five broken ribs. The crash disrupted blood flow in her brain, causing a stroke.

“I had no idea my life was ticking away,” she says. “All I knew was that I was trapped. The car felt like a war scene.” 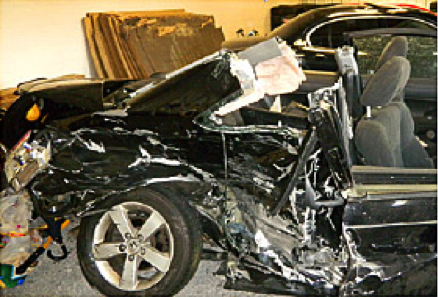 Katie was injured but able to walk away. Holly, seated behind the driver on the left side, was ejected from the car. Alyssa, in the front passenger seat, was trapped because of her injuries.

Lawrence remained in the back seat with a friend and fellow cheerleader, also named Nicole, who had been sitting in the middle. The crash knocked Nicole unconscious. She was sprawled partially across Lawrence’s lap.

Lawrence tried to comfort Nicole. “I quietly and gently tried to let her know I was there by rubbing her back. Nicole was unresponsive, but I wouldn’t allow myself to consider anything other than all of us getting home safely.”

They were trapped for 30 minutes while rescuers cut the car roof to remove them. “I was overwhelmed. I really, really wanted to get out of the car,” Lawrence says. Once paramedics loaded her into an ambulance, she, too, passed out. She woke up later to the bright lights of an emergency room.

Lawrence’s care was intensive: seven teams of doctors tended to her injuries and ushered her through multiple surgeries. Her parents, younger brother, and extended family spent long hours with her in the hospital. Her friends Katie, Holly, and Alyssa came to visit after they were treated. But Nicole never came.

On a ventilator and unable to talk, Lawrence managed to scribble, “Nicole??” on a piece of paper and hand it to anyone who had entered her room. But no one offered any news, she says. “I thought she was hurt as bad as me or worse. I thought she was paralyzed.” 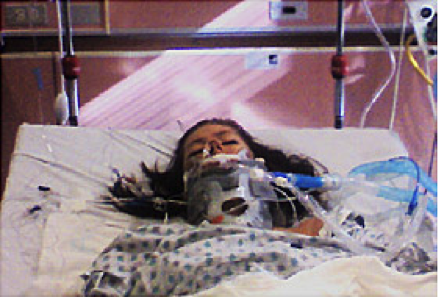 Ten days after the accident, Lawrence was in stable condition and doctors no longer feared that she would die. Finally, doctors allowed her parents to talk about her friends.

“My parents sat down by my bed and held my hand. They told me Nicole was gone. She died of injuries just like mine, but more severe. She was buried and my friends said goodbye to her without me. Everyone knew except me.”

Nicole’s death, which happened in the operating room 2 hours after the accident, plunged Lawrence into survivor’s guilt. She went through a long spell of “disbelief, pain, anger, confusion, and questions,” she says. “I have ‘why’d’ myself to death: Why couldn’t we have left the intersection a second earlier, or why did we need groceries on Sunday, or why didn’t we go in the daylight? I could go on forever, but mostly, it’s just, ‘Why did Nicole have to die and I got to live?’”

Lawrence, who comes from a loving and close-knit family, says that the accident threw her into a long period of turmoil.

She left the hospital after about a month, and she recovered at her parents’ home for 6 weeks. “Initially, I couldn’t eat, couldn’t walk, and was a long way off from being self-sufficient,” she says.

At her parents’ insistence, she went through counseling and was diagnosed with post-traumatic stress disorder. Ultimately, though, she found social support more helpful than therapy for her psychological recovery. She longed to be reunited with her roommates. “My therapy was that I wanted to be with those girls again.”

Although they had known each other a short time, the women had bonded like family, doing everything together.

Ten weeks after the accident, Lawrence returned to school — and to an emotional household as the young women came to terms with the trauma. For Lawrence, her roommate’s empty bedroom was a constant reminder of the loss. Or a car crash on TV would trigger harrowing memories. “I can’t stand the sound of crunching metal,” she says.

Intrusive thoughts and nightmares kept her awake at night. “The accident played like a movie in my head when I was quiet or alone, making me restless for hours at night. I would see Nicole’s face in the car and eventually cry myself into an exhaustion that put me to sleep.”

For about 9 months, she slept poorly. Many nights, she would lie awake until 4 a.m. because the flashbacks “would play like a loop,” she says. In her nightmares, she would be standing outside of her body, watching the crash from different angles. At school, she was so tired that she fell asleep during a test.

Unlike some car accident victims who stop driving after an accident, Lawrence got back behind the wheel. But at first, left turns unsettled her. She and the surviving roommates never made a left turn at the accident intersection again, she says, but found other routes.

Now, 7 years later, the 25-year-old says her nightmares and flashbacks are gone. Lawrence’s injuries have healed, with some residual problems. Her back still hurts from the accident, and she had to give up ice-skating, a passion since childhood.

But mostly, life has returned to normal. She now lives in Columbia, MD, and works for a company that sells medical devices, a job that requires her to drive a lot.

But even now, the wail of sirens still triggers memories of that night, when five ambulances pulled up to whisk each young woman away. “I would go out of my way to never hear that sound again,” she says.

And in some ways, she remains emotionally raw. She’s still frightened by the prospect of losing someone close, she says. “What if something like this happens to my brother? If someone that I loved — if something happened to them really suddenly — I think I’m going to fall apart. I feel like I can’t do it again.”

She has drawn support from the Trauma Survivors Network, a national group that connects the seriously injured with other survivors to help them recover physically and emotionally. Local groups, which trauma survivors help to lead, often include people with brain or leg injuries or those who have suffered multiple injuries.

“Being a trauma survivor is like starting your life again so that you’re left with your old life and what you make with your new life,” Lawrence says. “In my new life, I am more confident and I lean more on my faith than I ever had before.”

But she still thinks about the accident every day.

“To wake up every day and be happy with where I am and where I’ve been can be challenging for me,” Nicole says. “I miss how I looked without scars, I miss being able to ice-skate, I miss not thinking about the accident, and I miss Nicole.”

Until the day of the accident, she had not thought about how life can change in a second, she says. “I’m so thankful. I value my time so much. I don’t do anything I don’t really want to do. I don’t think a lot of my peers are capable of having that view on life. When you have to deal with something like that, you grow up pretty quickly.”