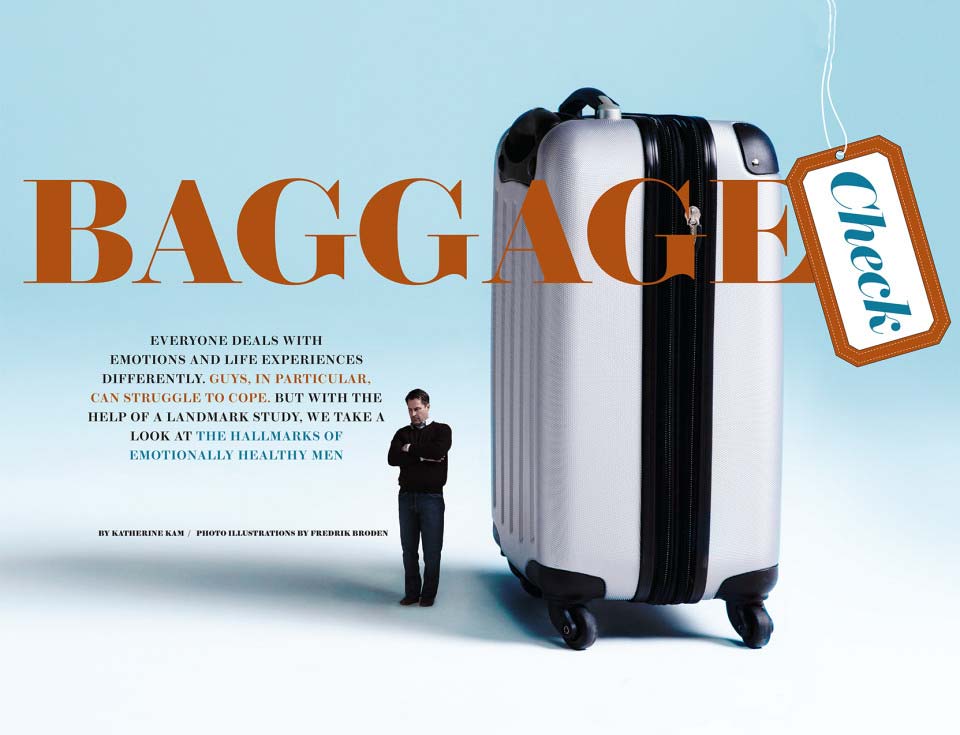 Alfred Paine began life in wealth and privilege. His family wasn’t warm or close, but his parents endowed him with a trust fund at birth and later, an Ivy League education. When he died, though, he counted no close friends. He left behind multiple unhappy marriages and adult children who rarely visited him. One daughter described him as having lived “an emotionally starved life.”

Paine’s schoolmate, Godfrey Camille, also came from an upper-class, troubled home. His parents were loners, nervous, and suspicious to a fault. “I neither liked nor respected my parents,” he said. An acquaintance from his college days remembered him as “an intractable and unhappy hypochondriac.” Needy and unloved, Camille coped unconsciously by running to the college infirmary for unfounded ailments. But he eventually bloomed into what one observer called a “happy, giving, and beloved man.” His daughter praised him as a great father. When he turned 80, he threw himself a birthday potluck party and hired a jazz band — and 300 people showed up.

Why did Camille grow into an emotionally healthy man, while Paine did not? Powerful clues emerge from a landmark study on men’s development that has run for more than seven decades, making it the longest study of its kind in the world.

Paine and Camille, whose real names were disguised, were among more than 200 Harvard undergraduate men whom researchers studied for physical and mental health from late adolescence into very old age. The Grant Study of Adult Development began in 1938 and continues today, although the 62 Grant men who survive are now in their late 80s or 90s.

What can we learn from the lives of so many men studied over so many years? In his recent book, Triumphs of Experience: The Men of the Harvard Grant Study, George Vaillant, MD, a psychiatrist and professor at Harvard Medical School who became the study’s director in 1966, extracts the insights gained from the study and translates them into life lessons. The following are some key insights Vaillant discovered about how men can live mentally healthy and emotionally rewarding lives.

In the struggle to manage life’s challenges, Vaillant says, men may resort to immature coping methods: refusing to acknowledge one’s problems, blaming others for personal failures, being passive-aggressive, displacing anger (kicking the dog instead of the boss), or routinely escaping into a fantasy world.

Immature coping methods have disturbing, telltale clues. “They make you feel wonderful, but they have no sticking power because they’re narcissistic,” Vaillant says. In other words, blaming others and blowing up in a rage may satisfy you, but no one else. “They can indeed make you happy in the short term, but they’re very maladaptive because they drive people away.”

Throughout his life, Paine failed to face serious problems, insisting that things were fine. “His greatest strength was that he did not complain; his greatest weakness was that he knew himself very little,” according to Vaillant. “He could not acknowledge either his alcoholism or his depression.” On questionnaires, Paine described close relationships with his children. But when Vaillant asked what he had learned from them, he snapped, “Nothing. I hardly ever see them.”

Of all the men studied, Camille’s childhood was one of the bleakest and least loving. Before age 30, his life was “essentially barren of relationship,” according to Vaillant. But at 35, Camille’s long history of hypochondria ended, oddly enough, when he was hospitalized for 14 months with pulmonary tuberculosis. For the first time, he felt transforming love and care. He went through a spiritual and professional awakening, according to Vaillant, and he no longer needed hypochondria to deal with life.

What happened next? “Once he grasped what had happened, he seized the ball and ran with it, straight into a developmental explosion that went on for 30 years,” Vaillant says. Camille started a family, worked as a physician, and found emotional support through psychotherapy and church. Asked what he liked most about medicine, he replied, “I had problems and went to others, and now, I enjoy people coming to me.”

Like Camille, the other mentally healthy men in the study showed an ability to take life’s hardship and “turn it into gold,” Vaillant says. He identified several mature coping skills, including humor, or not taking oneself too seriously; anticipation, the ability to foresee future pain and prepare for it; stoicism, the ability to endure hardships; and altruism, a concern for others.

On the flip side, alcoholism — which Vaillant believes may be partly genetic — damaged the lives of several of the men in the Grant Study. The study found that abusing alcohol posed a major risk to well-being.

In tracking the Harvard men for a lifetime, researchers found that alcoholism was the top reason for marriages breaking up. “Fifty-seven percent of all the divorces in the Grant Study involved alcoholism,” Vaillant says.

Contrary to popular belief, men didn’t turn to drink after they lost their jobs or their spouses walked out. Instead, Vaillant discovered, alcoholism usually came first, leading to job trouble, bankruptcy, legal problems, or marital rifts.

For example, a man might tell Vaillant that he began drinking after his wife left him for a close friend. “So he lost his wife and best friend all at once. That’s a sad story and would make almost anyone feel sorry for him,” Vaillant says. But when the psychiatrist tactfully asked, “Well, did your wife complain about your drinking before she left?” many men would answer yes, he says.

“The conscience is soluble in ethanol,” Vaillant says. “You can behave very badly and that makes other people unhappy. If other people get no joy in you, you’re unlikely to get joy from them.”

Strong connections to others formed a foundation for mental health, the study found. While Paine was in college, he often reported being in love. But researchers noted that to the young man, “being in love” meant having someone to care for him, according to Vaillant. Paine’s third wife was loving and protective, but he was disrespectful and uncaring in response. Each of his wives described an unhappy marriage, largely because of his alcoholism and fear of intimacy. When Paine died, Vaillant concluded that he was one of the study’s saddest cases.

Love was so elusive during Camille’s childhood that researchers held out little hope for the lonely college kid. But after his fateful hospitalization, he spent decades building a large social network. “Dad had the innate ability to just give,” his daughter said.

When he died at age 82, Camille was deemed one of the big success stories among the Harvard men. According to Vaillant, “Camille left no stone unturned until he found the love he needed, and then he absorbed it greedily.”

Seeking relief from emotional misery is important, but you shouldn’t stop there, says Martin E.P. Seligman, PhD, a University of Pennsylvania professor who began the positive psychology movement. People thrive by discovering what makes life worth living.

In his book Flourish: A Visionary New Understanding of Happiness and Well-Being, Seligman discusses his concept of PERMA, five crucial elements of well-being. “People who have the most positive emotion, the most engagement, and the most meaning in life are the happiest, and they have the most life satisfaction,” he says.

Positive emotion: These feelings contribute to the “pleasant life.” They include pleasure, warmth, comfort, rapture, and ecstasy.

Engagement: During an engaging activity, people lose self-consciousness and go into a state of flow. “Time stops for you and you’re one with the music,” Seligman says.

Relationships: In short, other people matter. We’re social “hive creatures,” he says. When individuals reach their highest emotional states, they’re almost always in the company of others, whether they’re laughing uproariously or gathering to mark a milestone moment.

Meaning: Everyone yearns for a “meaningful life” that involves “belonging to and serving something that you believe is bigger than you are,” Seligman says.