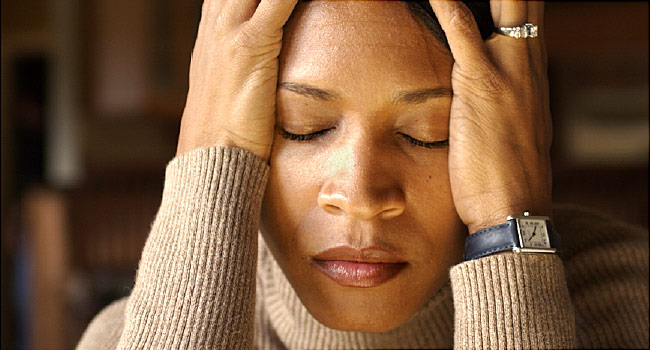 A young black doctor in training tweeted about disturbing incidents at his hospital. Samuel Kebede, MD, entered a patient’s room and was asked if he had come to empty the trash. When he walked into an operating room, two residents told him it had already been cleaned. At a hospital security entrance, a white classmate ahead of him breezed through while he was stopped. One patient even told him that he was setting a great example because other black people are lazy.

African Americans are feeling intensified pain and anger in the wake of George Floyd’s death, but slights, such as those that the young doctor experienced, are frequent occurrences that mental health experts call “microaggressions.” Often, people who perpetrate microaggressions aren’t even aware that their actions are offensive, experts say.

Helen Neville, PhD, a professor of educational psychology and African American studies at the University of Illinois at Urbana-Champaign, talked about microaggressions and how they can affect black people’s well-being.

Neville: The first time we saw racial microaggressions introduced was by an African American psychiatrist, Chester Pierce, in the 1970s. Psychologists such as Derald Wing Sue further developed the concept of microaggressions, and then the term became popularized in the 2000s.

Essentially, they are everyday slights, insults and common experiences that serve to minimize the experiences of racial and ethnic minorities. They serve to further reinforce the notion of white supremacy and black inferiority.

Being called the N-word, having people say, ‘We don’t want you here because you’re black,’ – these are overt things. These experiences are not ambiguous. We know very clearly that they come from a position of anti-blackness and racism.

The invalidations sometimes can be more unclear. These could be things, such as, ‘Oh, I don’t really see you as being a black person’ or ‘You’re pretty to be black’ or ‘You’re clean and articulate.’

Those tap into these racialized stereotypes that black people are not attractive or articulate. Racial microaggressions in interpersonal interactions are often under the guise of a compliment, but in fact, they are insults. Many times, when people say these phrases, they’re not even aware that they have bought into and internalized these common racial tropes of black inferiority.

[University of Illinois associate professor] Jioni Lewis’s research shows us that there are gendered racial microaggressions against black women as well. They could deal with assumptions of beauty standards. Hair is a big issue. Black women’s natural hairstyles are often thought of as unprofessional. Additionally, some non-black people feel it’s OK to touch and comment on black girls’ and women’s hair. One: It’s invasion of one’s personal space. But two: It buys into this trope of black folks as exotic and there is something unusual about their natural hair.

Neville: With microaggressions, the first thing is ‘questioning’ because sometimes, the microaggressions can be ambiguous and unclear. So you have to say, ‘Did that just happen?’ You have to begin to name it as a problem, and then you have to validate that the problem does not rest within you, but within this larger system of anti-blackness and racism. And that takes a lot of mental energy.

Over time, research suggests, when you encounter these kinds of microaggressions or everyday racism, the cumulative effect can lead to higher levels of depression and anxiety. It can chip away at overall psychological well-being. It can increase feeling down or agitated or a lack of an overall sense of satisfaction with life.

WebMD: Are there any protective factors?

Neville: It’s also important to realize that there are things that can actually buffer these negative consequences, so it doesn’t inevitably lead to higher levels of psychological distress. There are coping mechanisms that we can engage in, such as meditation or mindfulness that can assist in reducing some of those symptoms.

There’s emerging research that adopting a sense of racial pride could potentially help reduce psychological distress. There’s also been some qualitative research on activism that’s showing promise. Being involved in community with others to address anti-black racial oppression can be helpful in mitigating some of the levels of distress, but more work needs to be done.

WebMD: What’s your advice on how to address a microaggression?

Neville: What is the severity of the microaggression? How egregious is it? Is it something so egregious that you can’t let it pass?

The response also has to do with the nature of the relationship between you and the person who is the perpetrator of the microaggression. Is it your supervisor? Is it a stranger? All of those things play a factor in terms of what your options might be.

Another thing to consider: How are you feeling today? It would be very different if I experience a microaggression in the morning after a great night’s sleep versus at the end of the day when I’ve interacted with four people who have just insulted my humanity.

If you’ve had a hard day and it’s something relatively minor, you can just say, ‘I have to choose my battles and keep on going.’ Or along those lines, you could make a joke to allow the person to see their error. It’s a way of confronting them, but doing it in a way that the person might be able to hear what you said.

The other way is to directly address the microaggression in the moment. You could say, ’You know, I don’t find that funny,’ or ‘I’m not quite sure that you’re aware of this — I’m assuming that you don’t — but what you just said is offensive and let me tell you why.’ But realize that when you use that as a teachable moment, that’s also a lot of additional emotional labor on your part.

Another thing that you can do is to not respond in the moment. Go home, reflect on your feelings at the time, gather your friends to process what happened, and then identify ways in which you’d like to respond. If you received bad service at a restaurant, if you didn’t talk to the manager, then follow up with a phone call and a written letter. Was it with your boss? If so, think through ways that you might want to respond: naming the particular problem or issue, talking about how this is part of something larger, and identifying a couple of things that you might recommend moving forward.

WebMD: Black people can respond to microaggressions, but does the larger society bear responsibility?

Neville: I think it’s not a black problem, meaning we did not create the problem of white supremacy and anti-blackness. So that means it’s everybody else’s issue to begin to address.

There’s definitely some research about if you are a bystander and you observe a microaggression, what is your role to disrupt and to educate? The idea is to name that for other people: ’Hey, I don’t think that was OK.’ You don’t want to speak up for the other person because you don’t want to take the power of the other person, but you can say, ‘I’m offended by this and here’s why.’

Then you check in on the person: ‘What do you need? What can I do to help support you?’

One other issue that I want to highlight is that we don’t only want to talk about these individual, interpersonal interactions because we know that microaggressions are part of larger systems. These statements and anti-black racism occur when black folks are not in the room. That’s when people need to step up to gently help challenge and educate family members about anti-black racism when these comments are raised. They need to talk about that in their workplaces when comments are made. And they need to also begin to think about what practices are occurring in our places of worship and in our employment that systematically exclude black folks and begin to challenge those as well. Why is this occurring? What do we need to change?