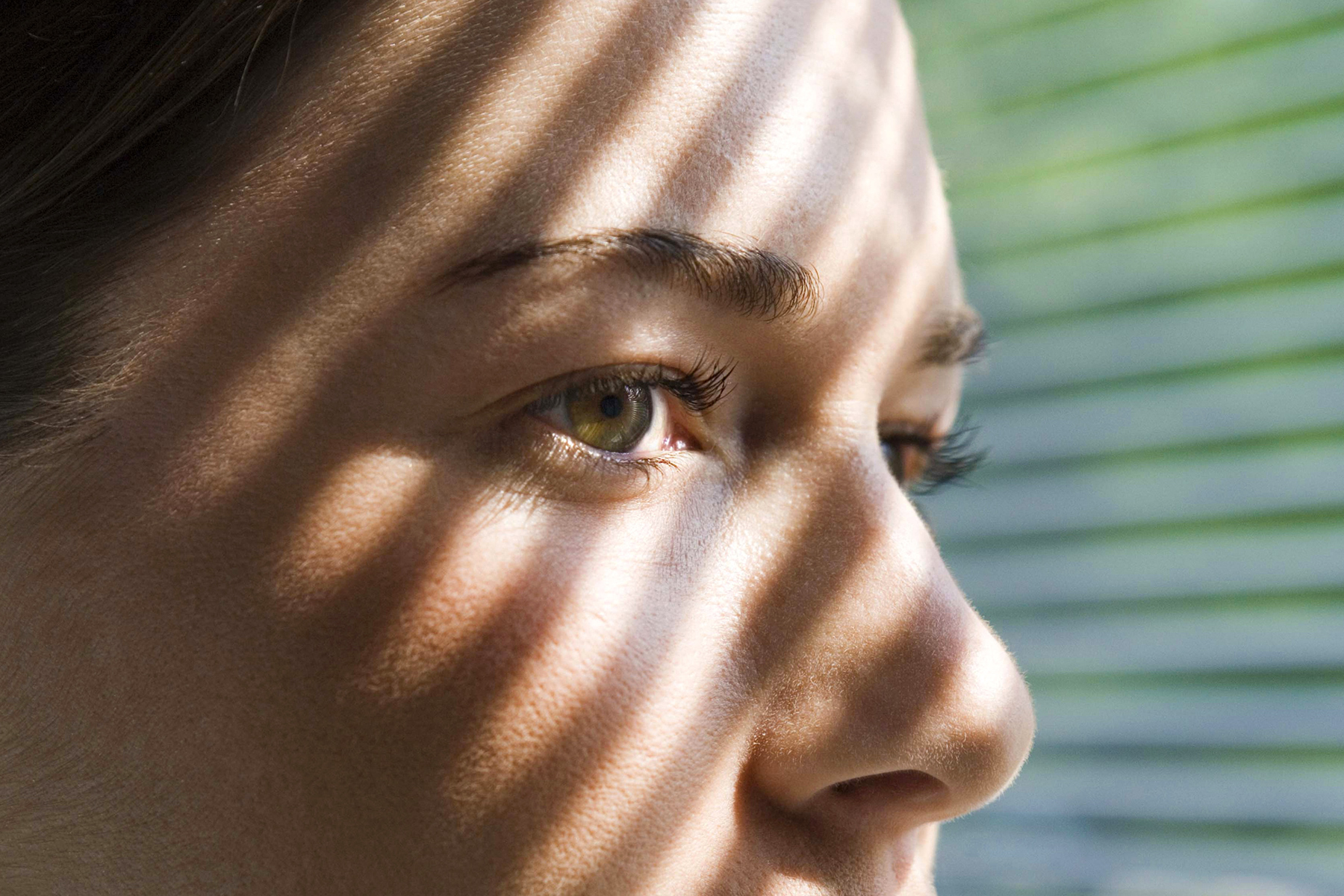 Americans are reporting high levels of emotional distress from the coronavirus pandemic — levels that some experts warn may lead to a national mental health crisis.

“Our society is definitely in a collective state of trauma,” said Jonathan Porteus, PhD, a licensed clinical psychologist who oversees the crisis and suicide hotline in Sacramento, CA. Unlike post-traumatic stress disorder, which surfaces after a trauma has ended, the country is only starting to grapple with the pandemic’s psychological fallout, he said.

“We do see an emerging potential crisis,” said Karestan Koenen, PhD, a professor of psychiatric epidemiology at Harvard’s T.H. Chan School of Public Health, during an online forum this week.

According to a recent Kaiser Family Foundation poll, more than half of Americans — 56% –reported that worry or stress related to the outbreak has led to at least one negative mental health effect. Those include trouble with eating or sleeping, drinking more alcohol, frequent headaches or stomachaches, shorter tempers, and other health problems. Among frontline health care workers and their families, 64% reported worsened mental health, as did 65% of those who had lost income.

Another report released Friday from the Well Being Trust stated that the pandemic could lead to 75,000 additional “deaths of despair” from drug and alcohol misuse and suicide–problems spurred by unemployment, social isolation, and fears about the virus.

Koenen, who has studied other major disasters, sees troubling differences this time, including how long-lasting the pandemic may become and how it has affected the whole world.

At the nation’s crisis and suicide hotlines, counselors are seeing the first waves of emotional distress. Callers have flooded the phone lines to talk about health fears, job losses, relationship strains, and lonely days spent in isolation.

Calls to the Sacramento crisis line increased 40% from February to March, according to Porteus, the CEO of WellSpace Health, which operates the hotline. In a year-to-year comparison, April’s call volume was 58% greater than in April 2019, he said.

Lauren Ochs, MA, a counselor who takes crisis calls in St. Louis, MO, has also talked to many more people since the pandemic started, averaging 25-35 calls during her 8-hour shifts, she said. “About 80% to 85% at least mention COVID. That might not be their primary problem, but some way, somehow, they’re affected by it.”

“We’ve seen an increase in more anxiety-driven calls,” Aston said. Some people are worried about COVID-like symptoms. “They want to know where can they go to get safely tested.” Others are concerned about family members. One woman called for advice on how to help a sister who had stopped eating and drinking and was having paranoid thoughts about COVID-19, Aston said.

In a recent opinion piece published in the Journal of the American Medical Association, Sandro Galea, MD, MPH, DrPH, a professor at the Boston University School of Public Health, warned of an upcoming wave of mental disorders because of coronavirus.

The COVID-19 pandemic would likely produce a similar “overflow of mental illness,” he said.

The mental health effects can happen immediately and last over time, he wrote.

The pandemic also comes at a time when people already struggled to get mental health care, often due to cost, lack of access, and a shortage of providers. Stay-at-home orders have interrupted care for many people who were already in treatment. In response, some providers have begun to offer telehealth services. Cigna, one of the largest providers of mental health services, also launched a toll-free, 24-hour help line for the public to speak to behavioral health specialists.

From isolation to anxiety to excessive drinking, coronavirus has touched almost every area of life, said Lan Nguyen, a suicide and crisis services program manager for the hotline in Santa Clara County in Northern California.

For many callers, community shutdowns have bred a deep sense of isolation, he said. “People complain that they are stuck in the house all day. They don’t know what to do.”

On the home front, relationships can be strained, Porteus said. “Families are kind of a tinderbox, especially in confined areas.” Children may now face a greater risk of abuse, especially since they can no longer find respite at school. “There are a lot of family dynamics that are not healthy, and now kids have to be in them full-time,” he said.

The same goes for victims of domestic violence, according to Porteus. “People can’t get out of their homes, so they’re more enmeshed with the perpetrators than ever before.”

The St. Louis hotline has heard from many struggling health care workers and others, Ochs said. “I recently talked with an eighth-grade teacher who was in a lot of emotional distress about the school year ending early,” Ochs said. “I don’t think any teacher was really prepared for the school year to just stop.” Not only was he grieving the abrupt loss of his students, but he had little chance to say good-bye. “He was a teacher in a high-poverty area, so it’s hard to reach out to [his students]. It’s hard to Zoom with them, it’s hard to make contact with them.”

Those who have lost jobs or been furloughed have called about financial worries, according to Nguyen.

Besides the financial impact, losing a job can be emotionally devastating, Porteus said. “Our identity is really hit and sometimes, it feels catastrophic. Many of the people who are calling don’t know who they’ve become. They’ve lost what they feel is everything, and they’ve also lost their social context.”

Recently, the San Diego hotline helped one older man who had called in about losing his job as a chef, Aston said. “He had roughly $20 in his checking account and he was suicidal.”

Intense stressors like job loss and fears for one’s life and health can contribute to substance abuse. The Sacramento hotline also has gotten more calls from people struggling with alcohol or substance problems, Porteus said. Overall, alcohol sales have gone up nationwide, and now, some restaurants will deliver alcohol with takeout food orders.

“One thing [counselors] are noticing, especially with older adults, is ‘Yeah, I’m drinking. Why not? I’m not going anywhere. I don’t have to drive. I don’t have all the normal constraints while I’m around people,’” Porteus said.

At a time when coronavirus efforts have battered many state budgets, it could be difficult to fund future mental health services. But some experts are looking ahead.

In his JAMA article, Galea wrote: “Scaling up treatment in the midst of crisis will take creative thinking.” He suggested training lay people to provide psychological first aid, as well as “helping teach the lay public to check in with one another and provide support. Even small signs that someone cares could make a difference in the early stages of social isolation.”

In its report, the Well Being Trust urged policy makers to consider three areas to combat mental health issues:

“If the country continues to ignore the collateral damage — specifically our nation’s mental health — we will not come out of this stronger,” said Benjamin F. Miller, PsyD, chief strategy officer at Well Being Trust.

Even if an epidemic of mental illness is looming, counselors say that people are resilient and can strive to protect their emotional well-being.

Developing psychological strengths helps, too. Given “the state of ambiguity and helplessness and fear,” Porteus said, “the best thing we can do is figure out how to tolerate the distress.”

When people are in crisis, he said, it’s helpful to go online to learn about “distress tolerance” skills, which involve accepting that some problems are beyond one’s control. Instead of becoming mired in feelings of unfairness and anger, people can learn healthier ways of thinking and coping when they can’t escape painful situations.

For those who have lost jobs, he suggests looking up interest inventories — questionnaires that ask people to rate their enjoyment and interest in a wide variety of activities — to explore career options. “You can figure out the kinds of things that you’re good at and start getting a sense of what your next steps might be.”

Taking constructive steps can help to counteract a downward spiral, he said.

“People look at the pandemic and they tend to be drawn to the negative,” Aston said. “If we can help shift people to look at the positive, it really helps because we know that neurons that fire together wire together. We’re going to be able to see the positive more quickly.”

Katherine Kam wrote this story while participating in the USC Center for Health Journalism’s 2020 California Fellowship.