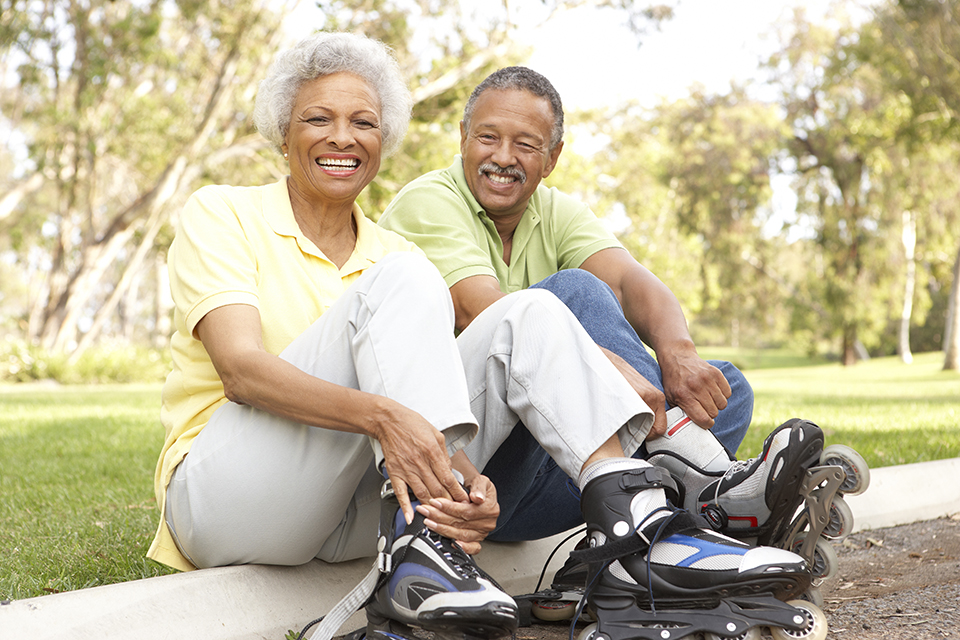 In Nora Ephron’s best-selling book, I Feel Bad About My Neck, she laments the sorry state of her 60-something neck: “Our faces are lies and our necks are the truth. You have to cut open a redwood tree to see how old it is, but you wouldn’t have to if it had a neck,” she writes.

“Every so often I read a book about age, and whoever’s writing it says it’s great to be old. It’s great to be wise and sage and mellow; it’s great to be at the point where you understand just what matters in life. I can’t stand people who say things like this. What can they be thinking? Don’t they have necks?”

With rueful humor, she writes about smoothing her face with Restylane and Botox, reading in large type, and grieving the deaths of beloved friends. Ultimately, Ephron concludes, “The honest truth is that it’s sad to be over sixty.”

Yes, getting older is rife with emotional landmines, gerontologists say, including fears of losing one’s independence or getting a serious illness.  Aging gracefully isn’t always easy, but attitude matters a lot, experts say.

“For some reason, our society is very obsessed with pointing out negative aspects of aging,” says Susan Whitbourne, PhD, professor of psychology at the University of Massachusetts, Amherst. She is also the past president of the American Psychological Association’s Division on Aging.

But Whitbourne cautions, “Don’t get bogged down in all the hype about aging. Once you start thinking about it, it can drive you mad. There’s nothing you can do; the clock is going to tick away.”

Of course, not all seniors are pessimistic. Some, such as Kirt Spradlin, don’t care a whit about what their necks look like.

The great-grandfather is one of those vigorous and optimistic elders who astounds his peers. Naturally, he tires more easily and has to take things slower, he says. But having battled prostate cancer, the California man relishes every single month that life affords him. When asked his age, he proudly replies, “79 and a half.”

The former electrical engineer took up a new hobby after retirement: mountain climbing. He has climbed Mount Whitney and Kilimanjaro and trekked to Mount Everest’s base camp. Just last year, he and wife Donna went on a weeklong backpacking trip — just the two of them alone in the wilderness. Donna is 80.

“People think we’re nuts,” he says. But for him, aging with a bad attitude is simply out of the question.

The Spradlins have grown old with astonishing grace and acceptance. But depression is a real threat among the old; some drift into isolation, bitterness, and a sense of meaninglessness. Still others put up their dukes, determined to go down swinging. Face-lifts and tummy tucks? Bring it on.

Experts who have worked with thousands of seniors share their insights into how you can navigate emotional challenges in order to age gracefully.

It’s true that aging brings hardships, but remember that the old are survivors — a select group.

Wisdom, resilience and a mature perspective are often cited as the hard-won prizes of aging. But growing old itself is an accomplishment.

“If you get to be older, you have survived a lot of the threats to your physical and psychological integrity that have affected other people who are no longer around,” psychologist Whitbourne says.

Through good luck or good genes or both, the old have dodged fatal accidents, premature disease, and other things that kill the young. “You are stronger, and you get to live longer,” she says. “Most people think that’s a benefit.”

A dose of healthy denial can improve outlook in one’s later years, she adds. “The people who do the best with aging aren’t thinking that much about getting older. They’re not really focusing on what’s not working anymore. If you sit around mulling over the meaning of existence and how time is running out, you’re building in a scenario where you’re not going to age as successfully.”

Accept the inevitable changes of aging, rather than seeing them as aberrant crises.

During the course of his career, Illinois psychologist Mark Frazier, PsyD, has worked with thousands of older people “ages 65 to 105,” he says.

Again and again, he’s seen an important key to psychological health: accepting that your life won’t stay the same. Aging changes everyone.

“If you live until you’re 95 years old, you’re probably not going to be living alone in a beautiful apartment and driving your car to the grocery store and picking up your dry cleaning and walking a mile to the park. But if you know that ahead of time, it’s much easier to manage it,” he says.

“To age gracefully, one needs to anticipate the changes that are inevitable,” Frazier says. “People who think rigidly do not do that. As they encounter the natural changes and health status that are part of aging, these things are experienced as negative and adding a lot of stress and strain to their life. Rigid thinkers tend to get overwhelmed. They can’t manage it, and they get depressed.”

“Other people anticipate what’s going to happen,” he says. “It’s more of a ‘Yes, I knew this was coming and I know that I’ll negotiate my way through it.'”

Get over your own stereotypes about growing older.

“But it’s going. So you may as well do what you can and then forget it because there’s so much more to life than how you look and what other people think of you.”

Almost a decade ago, Cooper started the Red Hat Society to celebrate women 50 and over. Red Hat now boasts 40,000 chapters in the U.S. and abroad. Most members wear red hats and purple dresses to the group’s social outings.

But Cooper admits that when she was younger, she harbored prejudice against older people. “When I would meet people, I’d think, “She probably wouldn’t be a potential friend for me because she’s 20 years older — just these things where we make a split-second judgment on appearance.”

Having met thousands of older women through the Red Hat Society, she has replaced the stereotypical thinking with a positive view of aging gracefully. “First impression doesn’t tell you a thing. Some of these people have had incredible lives and careers and still have a great sense of humor and a lot of intellect, and the culture will write them off: ‘Oh, she’s an old lady and she’s overweight.'”

“OK, world, here we are: ‘old women,'” Cooper says defiantly. “We’re about gathering women together as they get older and having that companionship and friendship that makes it less scary for women in this culture. We’re still cool.”

“Retirement has always been a time when we see people withdraw from their roles,” says Pauline Abbott, EdD, director of gerontology at the Institute of Gerontology, California State University, Fullerton. During this risky time, some older people succumb to depression and a sense of meaninglessness.

“Part of the challenge of aging gracefully is that you have to continue to find things that are important to you,” Frazier says.

That can include travel, spiritual pursuits, hobbies, new social groups, lifelong learning, or recapturing time with family if one lacked the chance during the career years, experts say.

Plan for purposeful activities before you retire, Abbott says. “It should be a transition. It shouldn’t be, ‘Stop work one day and fall off a cliff.’ It’s time to follow where your passions lie.”

Without meaningful goals, “You get into this whole attitude of  ‘Oh, my gosh, this woes me. My memory’s going, I’m slow, all I do is go to wakes and funerals,'” Frazier says. “If you don’t have important things out in front of you, there’s enough about the aging process that is not positive and you can get caught up in what you don’t like about it.”