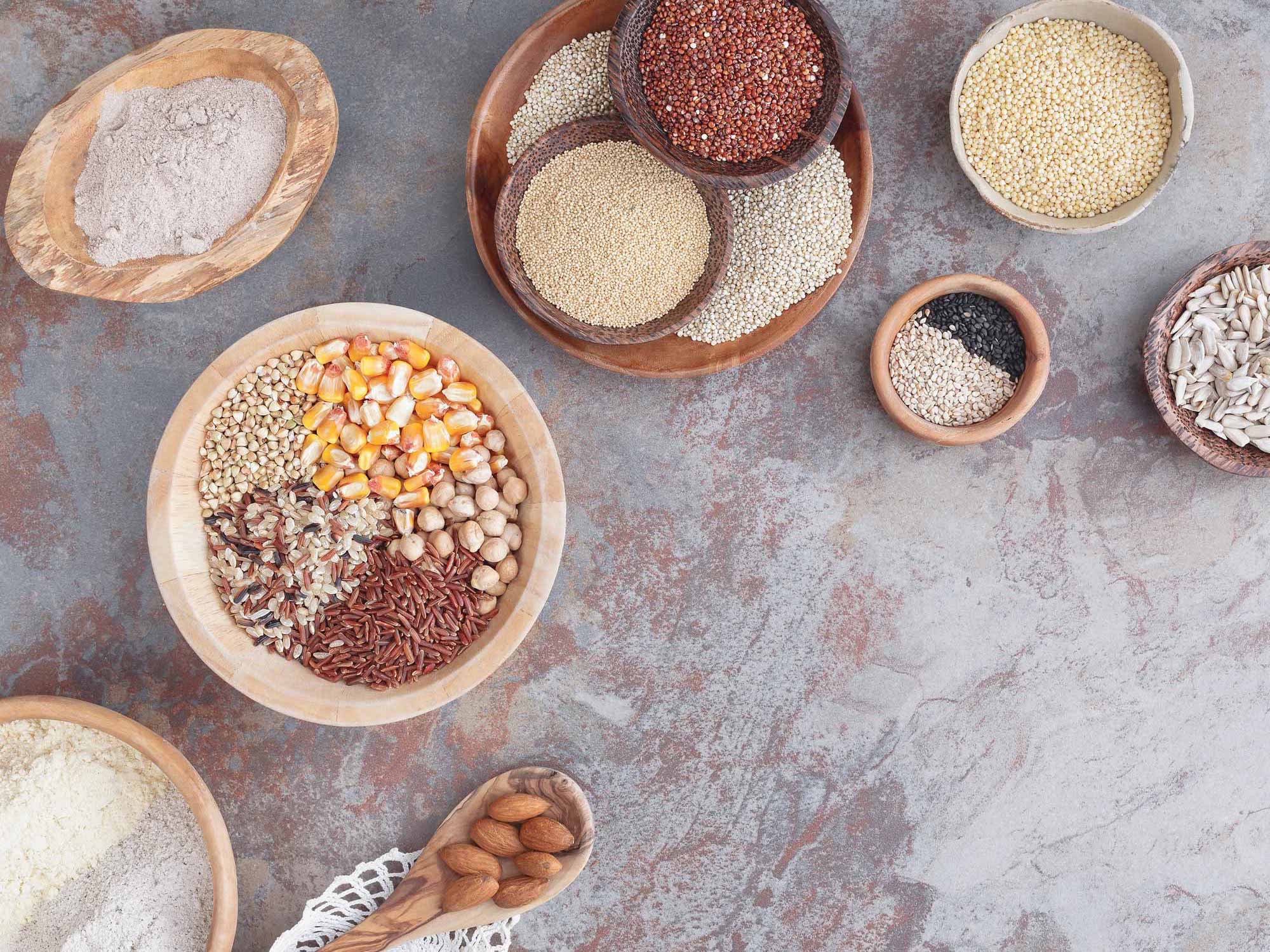 The gluten-free diet: it’s fashionable, but who really needs it?

Within the past decade, going gluten-free has been touted as a way to boost health and energy, lose weight, or cope better with ADHD, autism, headaches, and other conditions.

But long before its newfound popularity, the gluten-free diet was a medical staple—a proven treatment for celiac disease. Perhaps someday, new scientific findings will show that gluten-free diets benefit other health problems, too.

But for now, according to Stefano Guandalini, MD, director of the University of Chicago Celiac Disease Center, people need a gluten-free diet only if they have celiac disease or gluten sensitivity, a condition that doctors once dismissed, but now are recognizing as legitimate.

“People think that gluten-free diets are more healthy,” Guandalini says. “This is, of course, not the case.” In fact, the diet is hard to follow and may pose nutritional drawbacks when people have no medical reason to be on it.

Make no mistake: going gluten-free is essential for patients with celiac disease, such as Susan Eliot. “I was a very typical, undiagnosed, malnourished celiac child. I was very sickly,” says the 67-year-old resident of Sequim, Washington.

Celiac disease is an autoimmune disease in which a person can’t tolerate gluten, a protein in wheat, rye, and barley. Gluten shows up in bread and pasta, but also hides in other foods, such as cold cuts, salad dressings, beer, and even licorice.

If a person with celiac disease eats gluten, the lining of the small intestine becomes inflamed and damaged, causing poor absorption of nutrients, malnutrition and weight loss. Celiac patients also struggle with distressing symptoms, such as diarrhea, stomach upset, abdominal pain, and bloating. In some cases, celiac disease may take years to diagnose because doctors mistake it for irritable bowel syndrome or other diseases.

Eliot described herself as ‘wasting away,” dropping weight and suffering chronic poor health until doctors finally diagnosed her with celiac disease at age 27. Years of poor calcium absorption had left her with joint and tooth problems. Celiac disease may have also been the culprit in delayed menstruation; she didn’t start having periods until she was 18.

Since her diagnosis 40 years ago, she has followed a strict, gluten-free diet, the only treatment for celiac disease. After she stopped eating gluten, her intestine repaired itself, a recovery that’s typical for celiac patients. Eliot credits gluten-free eating with restoring her health. “It may be a fad diet, but it’s not a fad disease,” she says.

What is gluten sensitivity?

Doctors don’t hesitate to put a celiac patient such as Eliot on a gluten-free diet right away. But what about patients who test negative for celiac disease, but still complain of reacting poorly to gluten? As recently as five or six years ago, Guandalini would have been more skeptical, he says—and so would his peers.

Today, “things have changed,” he says. “[Doctors] should view them with a much more open mind than in the past. These patients absolutely do exist. They do have real symptoms.” Although they may test negative for celiac disease, they could have a condition called “gluten sensitivity.”

In a study published this year in BMC Medicine, researchers described gluten sensitivity as a disorder distinct from celiac disease, in part because the intestine doesn’t appear damaged. About 1% of the population has celiac disease, the authors wrote, but celiac might be the “tip of the iceberg” for an “emerging problem…of a group of gluten-reactive patients, accounting for roughly 10% of the general population.”

Still, doctors don’t have a generally accepted definition, nor do they fully understand its cause. “Gluten sensitivity is basically a bit unknown,” Guandalini says. “It’s everything that is not wheat allergy or celiac disease, and yet these individuals experience adverse events when they ingest gluten.”

People with gluten sensitivity may have symptoms as severe as those of celiac disease, says Melinda Dennis, MS, RD, LDN, co-author of “Real Life with Celiac Disease” and nutrition coordinator of the Celiac Center at Beth Israel Deaconess Medical Center in Boston. She herself was diagnosed with celiac disease twenty years ago.

Are gluten problems on the rise?

Celiac disease is on the rise, with rates doubling roughly every 20 years, according to Guandalini. “There is a true increase in prevalence of celiac disease in all Western countries,” he says.

Why? “The prevailing theory is the hygiene hypothesis,” he says. Because of our ultra-clean environments, children aren’t exposed adequately to antigens in the environment while their immune systems are developing. If the gut has not been taught to deal with antigens properly, the immune system responds toward gluten with intolerance. In contrast, celiac disease is rare in less sanitary, developing countries, Guandalini says.

In recent years, he has noticed more patients claiming that they’re gluten-sensitive, he says, but numbers are harder to track. “We have no idea whether the prevalence of this condition is increasing or not. Certainly, there is more awareness,” he says.

Carol, who asked to withhold her last name to protect privacy, is a 69-year-old woman in Bonaire, Georgia, who believes that she’s gluten-sensitive. Since the early 1980s, she has undergone one sigmoidoscopy and three colonoscopies as doctors tried in vain to figure out her longstanding history of worsening constipation and diarrhea. “I for many years lived on Immodium all day,” she says.

She had a negative blood test for celiac disease, but decided to cut gluten on her own after hearing that a relative felt better after banishing wheat from in her diet. When Carol experimented with eating gluten-free, her gastrointestinal symptoms went away. “It became very clear what the problem was,” she says. “Since that time, I’ve stayed gluten-free.”

A test for gluten sensitivity?

Since gluten sensitivity isn’t yet well-understood, Carol has worried that people won’t believe her. Celiac disease can be diagnosed through a blood test and an intestinal biopsy that shows damage to the villi, the tiny projections that line the small intestine. But there’s no reliable test for gluten sensitivity. The intestine remains normal in appearance, so even a biopsy isn’t useful.

Rather, for gluten sensitivity, “the diagnosis rests on history,” Guandalini says. “We have to believe the patient when they tell us that they actually have experienced side effects when they eat gluten.”

Get tested for celiac disease first

On one point, experts are emphatic: if you think you react badly to gluten, see a doctor for celiac testing before you start any gluten-free diet. “One has to first rule out and investigate celiac disease,” Guandalini says. “We are very passionate about that. If you think you might have celiac disease, the biggest mistake to begin a diet without being tested.”

The blood test for celiac disease is very sensitive, he says, but a person needs to be eating gluten for the test to detect antibodies that indicate celiac disease.

“The test really has to be done before. If you don’t do the test and begin the diet, your antibodies slowly but progressively decrease and become normal within 3 to 6 months,” Guandalini says. That means that a celiac diagnose can be missed or delayed, especially if the person hesitates to start eating gluten again in order to go through testing.

Eliot has seen many people diagnose themselves as gluten-sensitive and embark on gluten-free diets without getting tested for celiac disease first. But ruling out celiac disease “is what you have to do for your sake and your family’s sake,” she says, because the disease can run in families.

Do gluten-free diets help the gluten-sensitive?

Yes, Dennis says. When gluten-sensitive patients come to her clinic, they’ll still go on a gluten-free diet even if they don’t have celiac disease. “I teach them the same way because the symptoms can mimic celiac symptoms perfectly, and that can be an absolutely miserable life,” she says.

Do these patients need to follow a gluten-free diet as strictly as celiac patients? It’s not clear, Dennis says. “There’s no hard science to say that you must follow it in the exact same, strict, adherent way as someone with celiac disease does.”

But they usually improve on the diet, she says, often dramatically. Carol, for example, feels so much better that she tries to avoid all gluten. “It’s not worth the risk,” she says.

Benefits of gluten-free diet unproven for other conditions

Eliot, the celiac patient, eventually co-founded the Gluten Intolerance Group of North America. She believes that a gluten-free diet might even help people with migraines, ADHD, and Down’s syndrome, she says. Dennis also believes that even healthy people can benefit from a gluten-free diet, if it’s followed to ensure adequate nutrition.

But right now, there’s no evidence that a gluten-free diet helps with these other conditions, Guandalini says.

Nor does it aid weight loss, according to experts. “There’s a misconception that it’s very, very healthy and you’re automatically going to lose weight on it,” Dennis says. “Not true. It’s not necessarily healthy. It has to be done properly.”

In fact, she warns that eating gluten-free can cause deficiencies in iron, vitamin B12, vitamin D, magnesium, fiber and other nutrients because people are avoiding breads, cereals and grains that are fortified. In contrast, many gluten-free products are not fortified, according to Guandalini.

Be careful when choosing from the growing number of gluten-free products on the market shelves, Dennis says. They’re typically higher in carbohydrates, fat, and sodium and lower in fiber. “They’re trying to mimic the gluten-containing counterparts,” she says. Instead, people can bake a healthier bread at home, one that’s higher in fiber and protein and made with gluten-free grains, such as quinoa, amaranth, or millet.

Eating gluten-free isn’t easy, she says, so some households turn it into a family affair. Everyone adopts the diet to support the one member who actually has celiac disease or gluten sensitivity.