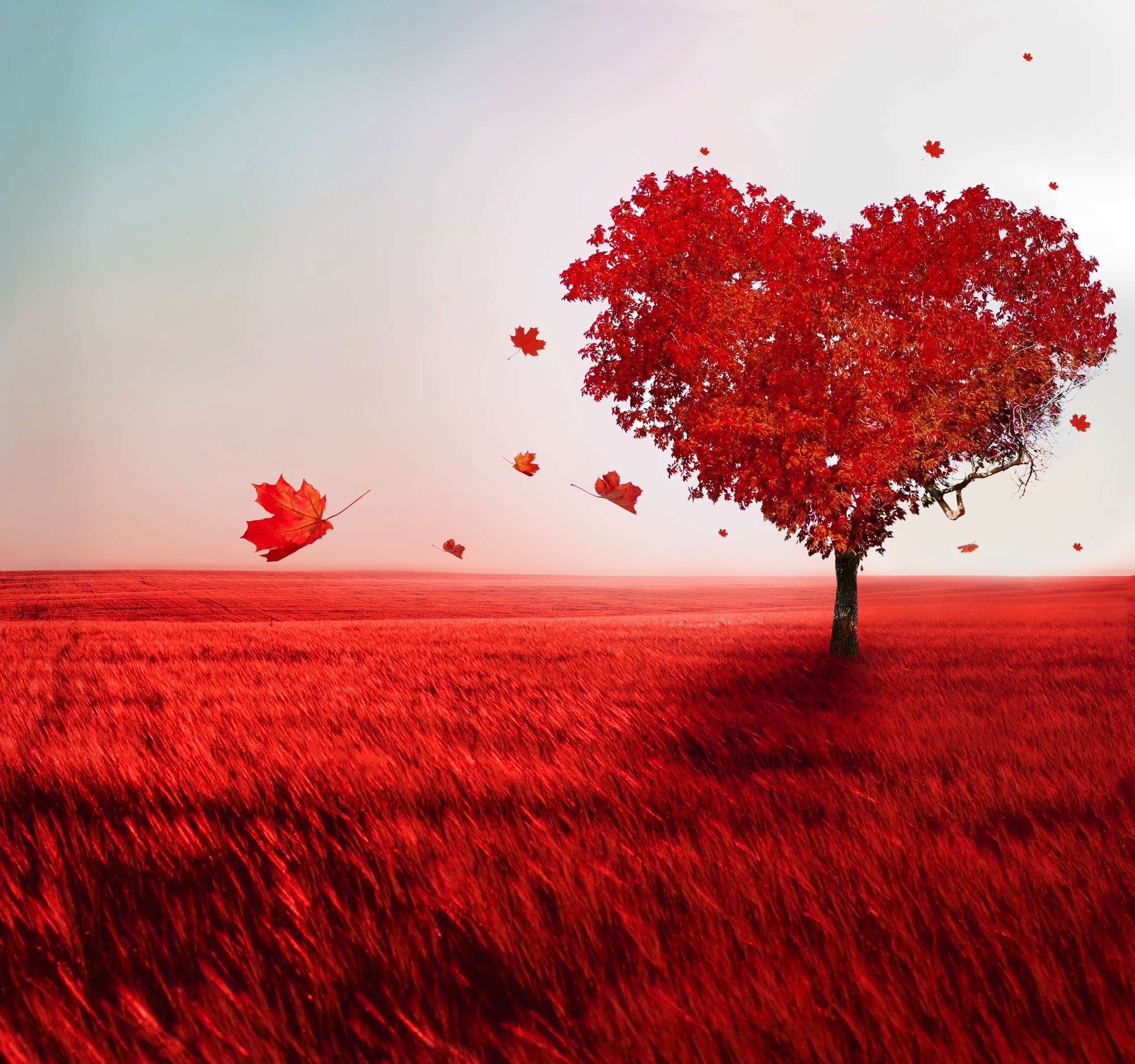 On a cold, clear Sunday evening in March, Hung Wei sits in the living room of her home in Cupertino, a prosperous Silicon Valley suburb, surrounded by a dozen high school students. The teens, almost all Asian American, gather around a circular glass coffee table graced with brightly colored figurines.

Two girls of Indian descent are seated on the couch. An Indian-American boy and several girls and boys of East Asian heritage sprawl across the carpet. In their midst, Wei, 57, a mother and local school board member, wears a maroon shirt with the word Verdadera in flowing script across the front, Spanish for “truthfully.”

Eight years ago, at the teens’ campus, Monta Vista High School, Wei founded Verdadera, a school publication devoted to honest expression and mental health. Tonight, she has gathered her teen staff members to plan the next issue. Verdadera aims, as its tag line states, “to express what is often unsaid.”

Wei’s own three children graduated from Monta Vista, a highly competitive, nationally top-ranked public high school in which eight out of every ten students are Asian American.

All too often, the public views high-achieving Asian American teens as whiz kids– problem-free members of the “model minority.” But Wei knows that many struggle with intense emotions, including stress, depression, anxiety, and suicidal thoughts, often without their families or friends knowing.

It’s unusual enough for an Asian American parent to discuss mental health with teens, given the stigma that surrounds mental illness in many Asian American communities. But Wei speaks with an indisputable authority: a teenage son who struggled for years with minor depression, a daughter who took her life in college.

Wei began Verdadera as a tribute to her oldest child, Diana Chien, a year after the young woman’s suicide. After that profound loss, she began channeling her hard-won insights into nurturing the emotional lives of Monta Vista’s students.

Tonight, the Verdadera students are planning an issue on the topic of “encouragement.” They vet anonymous submissions that classmates have sent electronically or on scraps of paper, reading each one aloud to decide which ones to publish. As always, Wei has invited a professional counselor to help lead the meeting and write a column about the subject.

The staffers have picked wide-ranging themes for their past issues: love, loneliness, academic pressures, body image, sexual identity, dances, secrets, fears for the future, relationships with parents. Their classmates haven’t held back. From the pages of Verdadera, blunt feelings emerge.

“Every day, I remember this mass of emotion hidden deep inside me that no one can understand, so I put on a smiley face and come to school and gossip with my superficial friends. I try opening up and they push me away, not wanting to deal with the miseries of another. I’m lonely quite a lot and no one will ever know.”

Some teens feel little freedom to show their real selves. Monta Vista parents are often upper-middle class professionals, “doctors, lawyers, and engineers,” Wei says. “They have high expectations for their kids.” But in a community that prizes superb achievement in multiple arenas, distress can mar busy young lives.

“She was supposed to be the first-born son, the next engineer, the piano prodigy, the star of the team, the one that leads the team to championships, the leader in everything. She wanted nothing more than to be herself. But she has never been that. She has lived her life in hiding, hiding behind the mold she created for herself. She just wants to be happy again. She doesn’t want to hide anymore.”

Amid this competitive environment, Wei never considered herself demanding. “I was not a pushy parent,” she says. But she sees the parental pressures around her. “Parents are so afraid of their kids making mistakes in high school,” she says. “It’s all because then they can’t get into a good college.”

Often, students tell Wei that nobody, including their parents, talks to them about their emotional lives. Traditional Asian parents might not express love through words, but in non-verbal ways, such as preparing a child’s favorite meal. But that cultural difference has led some students to confide to Wei that they don’t believe that their parents love them. Many dwell in immigrant households where typically, emotional issues aren’t aired openly.

But parents must be vigilant about their children’s emotional development, Wei says. When she speaks to parents’ groups, she challenges them to view mental wellness as part of being a well-rounded teen. She knows that since many Asian American families don’t understand mental illness, serious problems can go undetected.

“My parents have absolutely no idea what goes on in my life…In my sophomore year, I had a friend almost commit suicide. In my junior year, I fell into depression myself. And my parents had no idea about any of this.”

Such despair fuels Wei’s passion. “I just feel that if I can save a few lives, my daughter didn’t go away for nothing.”

Almost a decade ago, on March 6, 2004, the police knocked on Wei’s door, bearing devastating news. Diana, a sophomore at New York University, had jumped to her death from the roof of her boyfriend’s Manhattan apartment building. By many accounts, the two had a troubled relationship; earlier that day, they had been arguing.

At Monta Vista, Diana, who grew up in a successful Taiwanese American family, was an A student, track athlete and captain of the girls’ basketball team. “In high school, everything was very easy for her,” Wei says.

After graduation, Diana went to the University of California, Los Angeles, but transferred to NYU as a sophomore to be closer to her boyfriend, also a student there.

After two months in New York, she took her life. She was 19.

Looking back, Wei says that she didn’t know enough about depression to understand how much Diana was at risk. She had suspected, though, that her daughter was in a bad relationship. Wei felt uneasy enough to confide in her social circle.

“I talked to all my friends and they said, ‘Oh, it’s a boyfriend. She’ll get over it. This is nothing. She’ll find somebody else. This is just a stage.’ ”

But Diana was cutting off contact with close friends and isolating herself. She stopped wearing makeup and changed her way of dressing, hiding herself underneath layers of clothing. She threw out old clothes and photos, as if attempting to erase her past.

“Those behavior changes were so obvious of being depressed, but we were so naïve,” Wei says.

In many Asian American communities, depression and suicide are taboo subjects that cause shame. When Diana died, Wei’s friends, also of Asian descent, rallied to show support, taking her out to lunch every day for several weeks. But of Diana’s death, “they wouldn’t talk about it at all,” she says. “And for a long time, I couldn’t either.”

Three years after Diana’s death, heartache came anew. Wei discovered that Dustin, the youngest of her three children, was also depressed. Only in eighth grade when Diana died, he went on to become an accomplished student and competitive swimmer in high school.

Although he managed to keep up his grades and extracurricular activities, by junior year, he started staying out with friends until the wee hours, drinking and abusing drugs.

Having lost one child, she became alarmed as Dustin withdrew. “He didn’t want to connect with anybody, he didn’t want to love or be loved. He just simply wanted to isolate himself,” she says.

She told her son, “I love you too much. I can’t see you go down this road.”

Although he resisted at first, Wei persuaded him to go to counseling, where a psychologist diagnosed him with long-standing, minor depression. He had felt bereft, he told the counselor. His sister had died, his older brother had moved away to college, his father was on a temporary work assignment in China, and his mother was grieving.

The counselor taught him to recognize his own depression and to avoid turning to drugs and alcohol for escape, Wei says. The weekly therapy sessions helped so much that he didn’t need an antidepressant.

Wei and her husband also attended family counseling with Dustin. At school, she asked his teachers to show him extra kindness. Knowing the power of extended family, she enlisted Dustin’s aunts, uncles and cousins to gather around him, giving him hugs at family get-togethers, telling him that they loved him, and staying in touch with him regularly.

Now, she tells other parents that they shouldn’t feel ashamed to seek mental health care for their teenagers. As she told Dustin, “I need professional help to help me help you. I don’t know what’s going on in your life.”

She insisted to Dustin’s counselor that he not go to college until his substance abuse and depression were under control. “College can wait,” she says. “This can’t wait.” By senior year, his counselor deemed him ready. After graduation, he chose to enter New York University.

As the Sunday night planning session ends, the Verdadera students disperse into the chilly night. Full of life, two girls, both seniors, speak excitedly about getting their college acceptance letters. As they stand on Wei’s doorstep, they reveal dreams of careers in journalism, mental health or public health.

Wei hopes that students will head off to college with a willingness to seek help if they struggle or become depressed.

“Diana changed all of our lives,” Wei says. “When I started Verdadera, what I would have loved to do is let them know they’re not alone, that there are a lot of kids just like them, and they’re going to be fine. If something does happen to them in college or in life, they know help is out there. They know it’s OK to find a psychologist, it’s OK to go to counseling. It’s not a stigma.”

In fact, good counseling is a “communication channel,” she says. It enabled Dustin to finally tell his family about a deep emotional wound. Years ago, a classmate’s words had colored his adolescence and heaped guilt onto his sadness. Not long after Diana’s suicide, he was laughing with friends on his middle school playground. A girl walked over to him and said, “Your sister is dead. How can you laugh?”

Dustin, 22, now lives in New York City. He is a social worker for a nonprofit agency that aids Chinese families.

Katherine Kam specializes in reporting on health and medicine. This series on Asian American youth and mental health, supported by a Rosalynn Carter Mental Health Journalism Fellowship, was produced for New America Media and its national ethnic media network partners.

On Some College Campuses, a Focus on Asian American Mental Health